Coal mining is the initial step in the filthy cycle of coal use. It causes deforestation and the release of toxic levels of heavy metals and minerals into the water and soil. Besides, coal mining is linked to the negative environmental impact that persists for decades after the coal has been removed. The good news is that different nations around the world are taking important steps to mitigate the impact of coal extraction action.

India has achieved a significant green energy milestone and successfully driven another nail into the coffin for coal mining and usage. The country has wrapped up what’s being perceived as the largest ‘firmed renewables’ auction in the world. Besides, India’s move has locked in some of the world’s most affordable prices for solar energy.

Launched by SECI (Solar Energy Corporation of India) in August 2019, the tender called for about 1.2 GW of grid-connected electric power capacity with a guaranteed peak supply of power. This was the first project of this kind in India. The project’s primary objective was to procure a supply of approximately 600 MW of power for 6 hours every day from 5:30 am to 9:30 am and from 5:30 pm to 12:30 am (the peak power demand hours).

SECI’s project was oversubscribed and attracted bids for 1.62 GW of power capacity. However, it was highly competitive, with Greenko securing about 900MW of hydro-storage power for an average tariff of Rs4.404/kWh and a quoted peak tariff of about Rs6.12/kWh.

Additionally, Goldman Sachs-backed ReNew Power acquired 300 MW in battery capacity. The weighted average bid was Rs.4.30/kWh and a quoted peak price of about Rs.6.85/kWh. According to PV Magazine, India has set a world record for renewable-plus-batter storage capacity. And this is a significant step in reducing coal mining and its impact on the environment.

For the amount of renewable energy provided during the off-peak hours, SECI is expected to pay Rs2.88/kWh, a pre-specified tariff. Note that the tariffs granted are payable over a period of 25 years.

The successful bids amount to 3GWh of energy storage capacity and the associated green energy generation assets. And all these sound a warning for coal mining and usage.

According to Kashish Shah, a reputable research analyst at IEEFA, Energy Economics and Financial Analysis), the beauty of this auction was that the target tenderers had provided time-of-use pricing. Shah mentioned that this is the first project for India where battery storage is incorporated, and it shows that when this time-of-day pricing and financial incentive are provided, it is easy to minimize coal mining and attract the top renewable energy players in the industry.

Shah told the RenewEconomy that the tender timing is somewhat right for India as the country is hovering close to the 100GW mark for the overall installed renewable capacity. After this point, storage will become increasingly crucial for all new projects.

Meanwhile, solar energy advocates across the country are now celebrating the results of this tender. This is because the advent of green energy means a death knell electric power generated from coal. Shah agrees to the fact that India should continue taking the right steps to minimize coal mining and imports and then transition from thermal-based electricity production to renewable energy-based power. 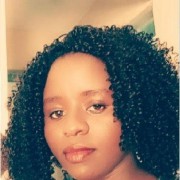